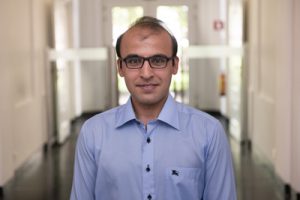 Nasir Mangal, MSc holds a BSc degree in Civil Engineering . After completing his undergraduate studies, he worked for three years as a Project Manager and Civil Engineer in US Army Corps of Engineers (USACE) and Asian Development Bank (ADB) projects. He was awarded the Rotary International scholarship to pursue his graduate studies in The Netherlands. He completed with distinction his master’s degree in Urban Water and Sanitation with specialization in Water Supply Engineering in 2016 at IHE- Delft. From August 2016, he started his PhD studies at IHE- Delft and University of Twente. He is currently working on controlling calcium carbonate scaling in brackish water reverse osmosis systems at Oasen Drinking Water Company. 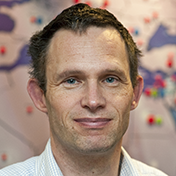 Rinnert Schurer, MSc After obtaining a MSc degree in Chemical Engineering at Groningen University, the Netherlands, Rinnert Schurer worked for a decade in in engineering consultancy, specializing in design of drinking water treatment plants in the Netherlands and abroad. Since 2005, Rinnert Schurer holds the position of Senior Water Treatment Technologist and Researcher at Evides, the company which supplies drinking water in the south-western part of the Netherlands and provides industrial water services throughout NW-Europe. His currently PhD research at IHE Delft and WUR entails the potential of ultrafiltration and capillary nanofilration treatment of surface water to enhance the biological stability of the produced drinking water. Mohanad Abunada, MSc has been a PhD candidate at IHE Delft Institute for Water Education since the late 2016. In 2013, he got a double MSc degree in urban water engineering and management from IHE Delft Institute for Water Education and Asian Institute of Technology (AIT) in Thailand. After his master education, he was mainly involved in the water field through his job as a head of base of an international NGO in Gaza in Palestine. Due to the sever water crises in his home town, he joined PhD program of drinking water and sanitation at IHE Delft after getting NFP Fellowship. He is working now within the water desalination group in the institute. His research topic is “Assessment of Particulate Fouling in Seawater Reverse Osmosis Systems: Method Development and Application”

Léonie Le Bouille, MSc, is an engineer in Maritime Engineering. She graduated  from the French engineering school ENSTA Paris, France. She did her master on Environment and Oceanography in double degree between Polytechnique and the Sorbonne (Paris-VI). She started her PhD research jointly at IHE Delft and at the company Suez in 2021 on “Controlling membrane biofouling in sea water reverse osmosis plants”.